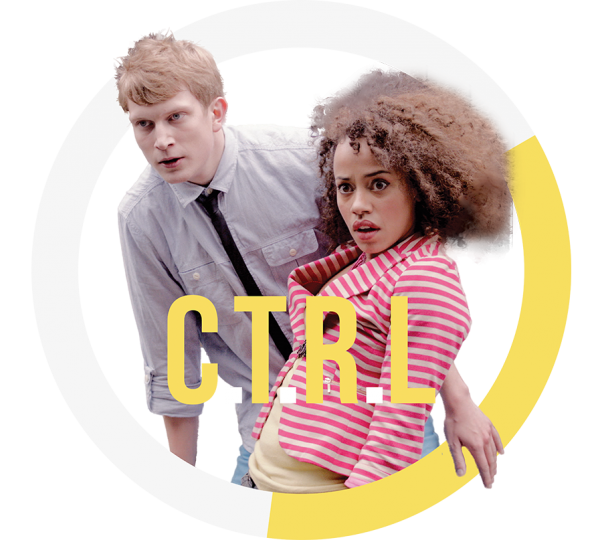 Released in March 2014, at ‘Rincon’ in Puerto Rico,  C.T.R.L has so far been selected for ninety five festivals and film events, including the BFI London Film Festival, Cineramabc and Bogotá Short Film Festival.

It’s versatile format appeals to a wide audience, who’ll enjoy different aspects of the film: the dance, the music, the performances… At ‘We Like ‘Em Short’ in Baker City, C.T.R.L was screened for it’s comedy value; at the World Arts Festival in Florida for it’s technique and at Fargo’s Fantastic Film Festival for it’s unusual narrative. The ‘LA Femme’, a festival showcasing films made “by women and for everyone to watch”, also distinguished C.T.R.L with an Honourable Mention in shorts.

At NXNE’s 20th anniversary in Toronto, it preceded the feature film ‘Let’s Ruin It With Babies’, joining a group of carefully selected films, who share a common philosophy: Agile Filmmaking, inspired by web development techniques, which played a vital role in our film.

C.T.R.L’s journey around the world has taken it from the UK to the US, India, Brazil, Mexico, the Philippines, etc, traveling from continent to continent, to a screen near you.